Depending upon the water content soil may appear in one of these four states.

Water content at which the soil changes from one of these states to another are called consistency limits. These limits are:

When water content of this soil drops it gains shear strength and develops resistance to flow. After reaching certain water content named as liquid limit soil enters into a state called plastic state of soil.

When water content of the soil is further reduced, after reaching another certain water content named as Plastic limit, soil enters into another state called semi solid state.

Here we define a quantity Plasticity index which is the range of the water content over which the soil remains in plastic state.

We represent Plastic Index as PI or Ip and it is defined as the difference between the numerical value of liquid limit and plastic limit.

We need to keep in mind that these limits are nothing but the water content values at which soil changes its behavior.

Plasticity index shows the size of the range of the moisture content at which the soil remains plastic.

Usually plasticity index depends on the amount of clay present in the soil. A high value of PI indicates an excess of clay in the soil and that results in greater plasticity of that soil.

If soil’s plasticity index is small that shows soil is plastic for very short range of water content. This soil can hold very less amount of water and with little increase of water it reaches to its liquid limit and starts flowing. 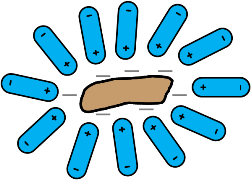 While high PI value indicates soil can hold large amount of water in it and still manages to stay at plastic state. It can hold more water into it because it contains large amount of clays hence highly plastic soil.

Soil may be classified based on the plasticity index values.

Coarse grained soils cannot achieve the plastic state of consistency because soil needs clay minerals to become plastic which coarse soils does not contain. Their liquid limit and plastic limit are said to coincide because at higher water content soil starts flowing without even reaching at plastic limit.

Also in some cases plastic limit of soil is found greater than the liquid limit or in another cases both PL and LL cannot be determined.

In all these conditions soil is considered to have plasticity index zero and soil is reported as Non-Plastic (NP). 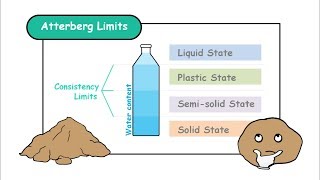 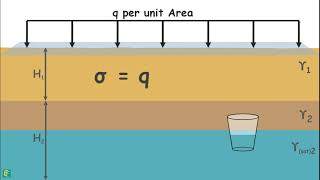